The National History Center  held a Congressional briefing on the history of executive orders on Friday, February 17, at 10 a.m. in the Rayburn House Office Building, Room 2103, Washington, DC.

How does the flurry of executive orders issued by President Trump in his first few weeks in office compare to previous presidents’ use of this power?  Three leading authorities on the subject will discuss the origins of the executive order and how it has been exercised in the past.

You can read Dane Kennedy’s recap of the event “The Paradoxes of Presidential Power: A Brief History of Executive Orders,” on the AHA Today blog.

A video recording of the briefing can be found here.

Julia Azari (Marquette University) is an associate professor, assistant chair, and director of graduate studies in the department of political science at Marquette University.  She is the author of Delivering the People’s Message: The Changing Politics of the Presidential Mandate (Cornell, 2014).  She is a regular contributor to the political science blog Mischiefs of Faction at Vox.com and a contributor at FiveThirtyEight.com. 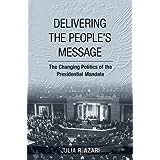 Matt Dallek (George Washington University), an associate professor at George Washington University’s Graduate School of Political Management, is the author of Defenseless Under the Night: The Roosevelt Years and the Origins of Homeland Security (OUP, 2016) and The Right Moment: Ronald Reagan’s First Victory and the Decisive Turning Point in American Politics (The Free Press, 2000).  His articles and reviews have appeared in the Washington Post, the L.A. Times, Yahoo News, Politico, the Forum, and the Journal of Policy History among other scholarly and popular publications. 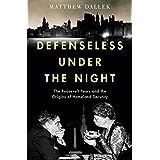 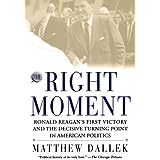 Andrew Rudalevige (Bowdoin College) is Thomas Brackett Reed Professor of Government at Bowdoin College and chair of the Presidents and Executive Politics section of the American Political Science Association.  His books include Managing the President’s Program: Presidential Leadership and Legislative Policy Formulation, which won the Neustadt prize; The New Imperial Presidency: Renewing Presidential Power after Watergate; the co-authored textbook The Politics of the Presidency; and a series of edited volumes on the Bush and Obama presidencies.  Rudalevige’s current research centers on presidential management of the executive branch.  He writes frequently on executive power and national politics as a contributor to the Washington Post‘s The Monkey Cage blog and is the creator of “Founding Principles,” a series of videos on American government and civics available on the Bowdoin College website and as a PBS LearningMedia resource.  In a former life he was a city councilor and state senate staffer in his native Massachusetts. 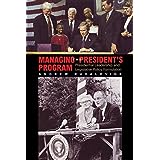 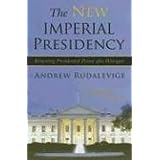 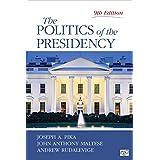