Face of A Nation: What happened to the World’s Fair? 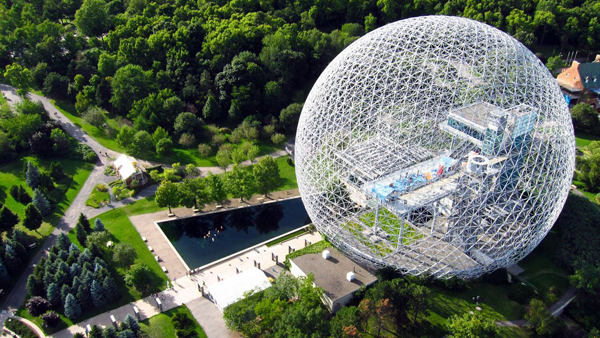 Daughter of immigrants, an idealistic architect struggles to keep her dream alive as she journeys to discover why America abandoned World’s Fairs. For generations of Americans, World’s Fairs captured visions of hope for the future as part of their collective memory. Mina Chow became fascinated with World’s Fairs when she saw pictures of her parents at the 1964 New York World’s Fair. Beginning with their stories, Mina shares this legacy and the American values that inspired her to become an architect. She is excited to go to the 1st World’s Fair in China. With over 73 million visitors, the Shanghai World Expo breaks all attendance records for any event in human history. But what she discovers there not only destroys her confidence as an American architect; it is symptomatic of a country that has lost its way. With her dream destroyed, Mina begins a search for answers: to find out what happened to the vision of World’s Fairs, and what happened to America.
Director: Mina Chow
2017 / 57 min / USA

This feature film will be screened in the Museum’s Great Hall.

This feature film is followed by The Future of Cities.
Director: Oscar Boyson
2016 / 18 min / USA
What does “the future of cities” mean? For most of the developing world, it might be as simple as aspiring to having your own toilet, rather than sharing one with over 100 people. For a family in Detroit, it could mean having non-toxic drinking water. For planners and mayors, it’s about a lot of things — sustainability, economy, inclusivity, and resilience. Most of us can hope that future involves spending a little less time on our commutes to work and a little more time with our families. Oscar Boyson asked people around the world to participate in documenting city innovations around the world. Folks of all ages, from over 75 countries, volunteered their time, thoughts, work, and footage.

These films are followed by a panel discussion.

The Architecture & Design Film Festival: D.C. is presented by the Revada Foundation, courtesy of the estates of Reva and David Logan.

Click here to buy the all-access pass which includes the opening night, reception, and auto-registration to all 27 films.

Tickets can be purchased at the door when available.

Tickets are non-refundable and non-transferable.

Image Credit: Still from Face of the Nation: What Happened to the World’s Fair? by Mina Chow, 2017.