One of the leading experts on Modern European History, Jörn Leonhard is a co-director at the Freiburg Institute for Advanced Studies (FRIAS) and professor in Freiburg University’s department of history. Leonhard’s comprehensive studies have explored the global histories of liberalism, nationalism, empires, and war. His 2014 book on World War I (Die Büchse der Pandora) became one of the war centennial’s key publications. Leonhard is now finishing a book on the global history of postwar peace conferences between 1918 and 1923.

Click here for more information, and to RSVP.  This lecture is free and open to the public.

Jörn Leonhard’s lecture kicks off the 2018 Annual Conference of the Max Weber Foundation (MWS) on “Settlement and Unsettlement: The Ends of World War I and their Legacies.” Scholarly debate has long focused on the 1919 Paris conference in the context of debates on war guilt, the burdens imposed on defeated Germany, and President Woodrow Wilson’s failure to realize his vision of a liberal world order. Yet the postwar settlements between 1918 and 1923 reached far beyond West and Central Europe. They shaped a new global order that, some hoped, would prevent another disastrous global war. The GHI conference will focus on the stuttering conclusion of World War I and on its long global aftermath. 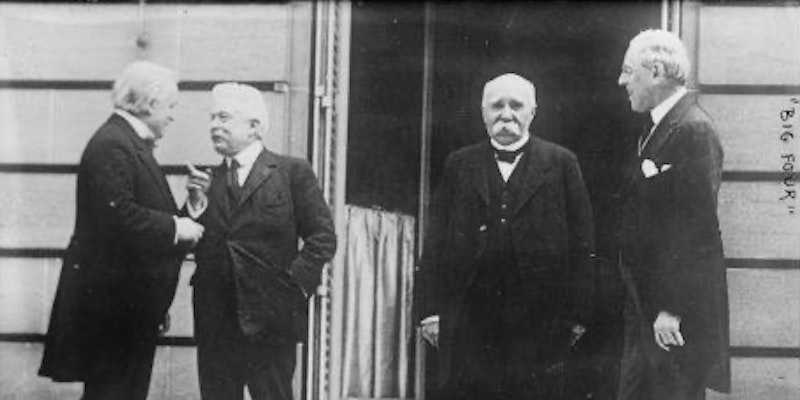